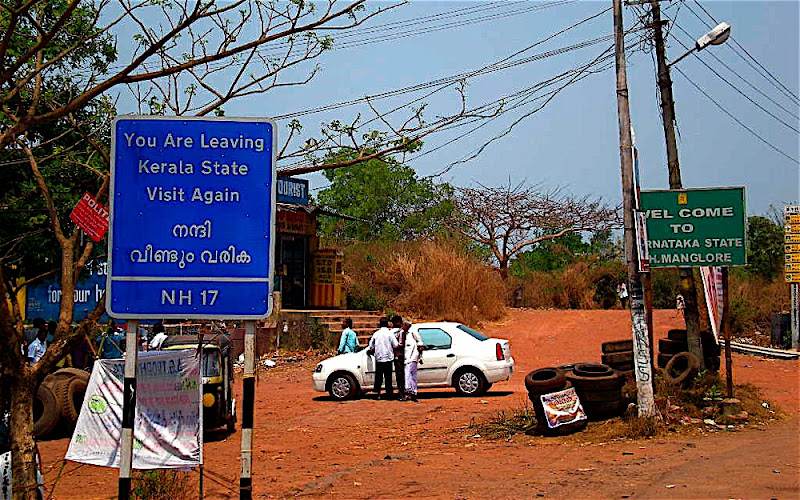 The previous four days were very tedious, riding over 90 Kms on a daily basis.The final stretch of the second phase of the tour between Kasargod to Mangalore was just 66 Kilometres. I chose to reach Mangalore by afternoon and have a good rest there.

The key event of the day was crossing the Kerala border and entering into Karnataka. It was significant for the simple reason that I can have the satisfaction of completing the entire Kerala coast in my Bike. Soon after reaching Karnataka, I called up home to announce my happiness. The next landmark was riding over the magnificent Nethravathi river. The picture below captures only a glimpse of the magnificence.

I reached Mangalore by 2 PM and found a Lodge which accommodated me as well as my bike. I had my lunch at the Taj Mahal hotel which happens to be the ‘famous’ and popular one. The lunch was pretty good and so was the afternoon nap! The evening was spent watching the movie A Mighty Heart on the television. A Mighty Heart was a movie based on the killing of the journalist Daniel Pearl by the Taleban. It was written by the wife of Daniel Pearl and well received critically all over the world.