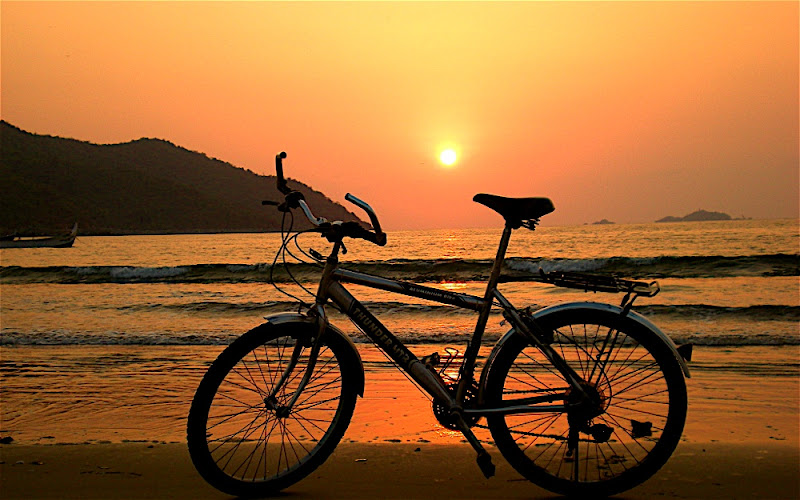 There is a pleasure in the pathless woods,

There is a rapture on the lonely shore,

There is society, where none intrudes,

By the deep sea, and music in its roar:

I love not man the less, but Nature more,

From these our interviews, in which I steal

From all I may be, or have been before,

To mingle with the Universe, and feel

What I can ne’er express, yet cannot all conceal.

It was a trip that I wish to say was never over. The onset of summer heat combined with my own tiredness made me decide to stop it finally. There are few things that I wish to wrap up in this final piece about the trip!

Bicycle tours are undoubtedly the most environment friendly tours that one can undertake. Unfortunately, most of such tours (including the Tour of Tamil Nadu that I enjoy participating) always have a few accompanying motor vehicles. I wish to see more people undertake bicycle tours with less or no accompanying vehicles in an attempt to enjoy their holidays one with the nature. Tour of Tamil Nadu, organised by the Tamil Nadu Cycling Club helps many riders to enjoy cycling tours before they venture on their own.

Bottled water has become more of a lifestyle necessity than a health requirement. Producing and shipping them have huge environmental costs and often go unnoticed; Not to miss out the increased garbage due to waste bottles. I strictly avoided the use of bottled water during the entire trip, relying on the water that I could get in restaurants and tea stalls on the way. Most restaurants in Kerala, however small they are, supply water boiled with herbs which seems to be more healthier option than the bottled water. I can also proudly announce that I did not suffer from any waterborne illness in the entire trip! 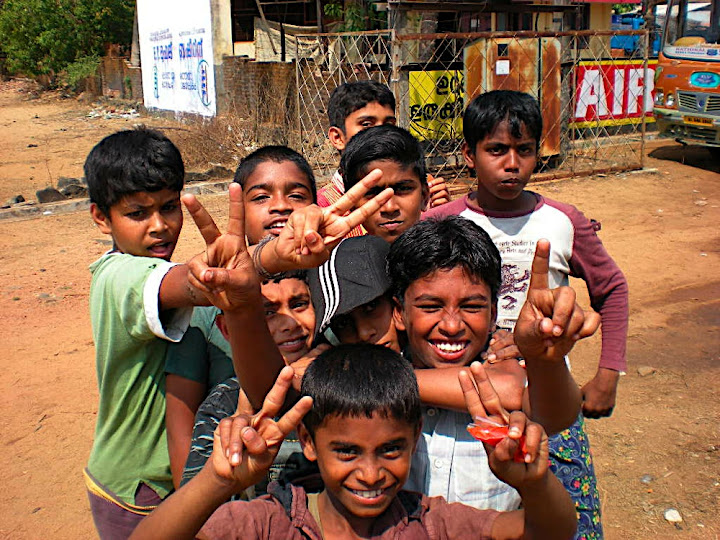 The amount of cheering from the people en-route was overwhelming. Plenty of them mistook me for a foreigner until I removed my helmet and glasses to clarify them of my Nationality. In many places, Children cheered me from their schools, school buses, auto-rickshaws , etc., In one place, a few students stopped me outside a school to enquire my name and shake-hands with me. Within seconds, there were few more students and I was surrounded by 20-odd students giving me an Instant-Celebrity status! Eventually, a teacher from the school had to disperse the crowd!

The flip side of the crowd support was the demands by many children on the way for Pens! I was met with similar requests during my other rides during that time period. I wondered if there has been someone riding across India giving pens to young kids. The one demand that left me with a sour taste was the demand for money by few children. When I inquired about the amount they need, it was usually Rs. 10! I evade them by telling that if I had that money, I wouldn’t be on cycle!

Throughout the ride across Kerala, I could not spot a single hotel/restaurant/tea stall deploying children for cleaning work. It is indeed remarkable to witness such a social development in Kerala. Cities like Bangalore or Chennai have seen plenty of riches in the recent years, thanks to the ‘Boom’ or the rise of the rich. However, one could still see children working in hotels in cleaning or houses as a house servant in these two cities. Kerala has been a lesser beneficiary of these riches yet they seem to be miles ahead in eradication of child labour.

I think it is only in Kerala where film music sounds more melodious than some of the devotional songs. A good number of devotional songs (across all religions) seems to be adapted from the ‘Item numbers’ of other languages.

Kerala Buses are the Kings of the Road!

You have surrender before the local buses and admit your inferiority to them when you are on the road. If you try to play with them, you obviously have to admit your defeat! It was strange that the large proportion of these buses are owned by private enterprise – strange in a the land of communism! 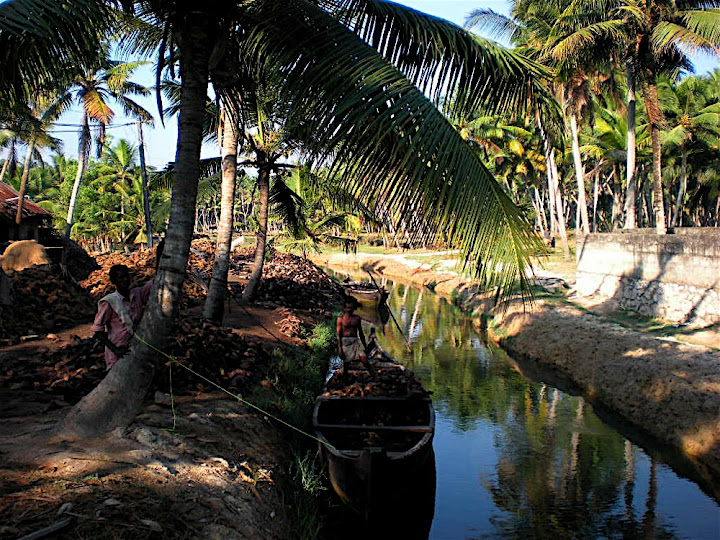 Fourteen of eighteen days involved arduous rides throughout the day, stretching my body to its maximum. Never in my life have I tested myself to such limits over a significant period of time and it was a new experience. I realise that the daily life of over third of the people in our country resembles such hardships. They tire for over 8 hours a day in agricultural fields, polluted Industrial areas, highways, and sea ports. Their contribution is rarely recognised in the society as most who ‘value’ such contributions are unaware of their difficulties and hardships. Commonly defined as ‘Unskilled’ labourers by ‘highly educated’ policy makers and economists, they rarely get decent acknowledgement. Does toiling in the sun for 8 hours requires no ‘Skills’? Or Do they become ‘Unskilled’ due to the lack of fancy academic qualifications?

I would like to dedicate this trip to those ‘Unskilled’ labourers who form the majority in this country, whose life is more arduous and challenging than my bicycle ride and yet cannot blog or get some one to read it.

It is impossible for me to identify each and every one of those who assisted me during this trip. From the known in my parents and friends to the unknown who pitched in contributions in different forms on the way, every contribution has been significant and I profusely thank each one of them for their support!

First, it still surprises me how I managed to have the ‘grit’ to undertake a tour in ‘that bicycle’ with absolutely limited knowledge of repairing the cycle – I did not even know how to fix a puncture. Ten years later, I cannot confidently say that I would have the grit again despite a better cycle and marginally better knowledge of maintaining the cycle.

Personally, it was a great learning experience and added to my confidence to choose the way I would like to live than let it be decided by someone else.